“Portland Japanese Garden’s reputation as both a world-class international destination and a beloved local gem make this opportunity particularly exciting. I am excited to meet the vast array of Garden supporters who value this place of peace and cultural understanding.” said Kane. “I’m humbly reminded of how nature and the arts bring us together, even with our cultural differences.” 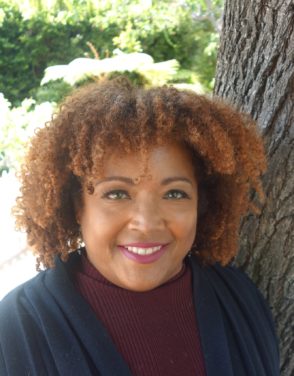 Kane has a diverse and tenured background. She served as the Director of External Affairs for the International Documentary Association (IDA), in Los Angeles, California, Prior to that, Edwina spent several years as Vice President of External Affairs for the Museum of Latin American Art (Long Beach, CA). She spent six years as the Director of Development and External Affairs at the Des Moines Art Center, (Des Moines, IA) and was the Director of Development for the Contemporary Art Center, (Cincinnati, OH). She has worked as a nonprofit consultant and provided fundraising mentorship for Southeast Asian documentarians at the Busan International Film Festival (BIFF) in South Korea.

“Edwina has an excellent track record of stewarding philanthropy.” said Steve Bloom, Chief Executive Officer at Portland Japanese Garden. “But more importantly, she builds truly meaningful relationships between people. Her combination of strategic thinking, communication skills, and warmth will help Portland Japanese Garden strengthen our relationships and grow together in 2020.”

Kane holds a Bachelor of Arts in Art History from Dartmouth College in Hanover, New Hampshire and has received multiple certifications for organizational leadership throughout her career.

Portland Japanese Garden is a nonprofit organization originally founded in 1963 as a place for cross-cultural understanding following World War II. It has become a global destination for Japanese art, nature, and peace in Portland, Oregon. It is considered the most authentic Japanese garden outside of Japan and the foremost Japanese cultural organization in North America.

For a pdf version of this news release, click here.