Oregon Koto-Kai is a group of people with a passion for Japanese koto, a 13-stringed zither-like instrument with over 1000 years of history. Founded by Mitsuki Dazai in February 2012, the ensemble held its first concert in Portland, Oregon. Since that time they have performed all over the state at multiple venues each year, including Portland Japanese Garden, Portland Rose Festival and the Oregon Shakespeare Festival in Ashland. Oregon Koto-Kai’s mission is to introduce Japanese koto music to the broader community by creating opportunities for people to attend concerts or take lessons.  They collaborate with local musicians, improve players’ skills and add to the cultural diversity in the Northwest. Each year they host three concerts in the fall, winter and spring. In the spring they highlight traditional koto music, whereas the fall concert showcases more contemporary pieces. The holiday concert weaves a traditional Japanese folktale with selected koto songs to express the story’s imagery. Above all, Oregon Koto-Kai seeks to share their passion of koto with their community and beyond.

Mitsuki Dazai is a graduate of Tokyo’s prestigious Kunitachi College of Music, studied koto with the world-renowned virtuoso Kazue Sawai, and received her certificate in koto instruction at Sawai Koto Institute. Dazai moved to Oregon in 2002, serving as a guest lecturer at universities in Oregon, as an artistic director of new koto ensemble group, Oregon Koto-Kai (Japanese Koto Society of Oregon), and touring throughout the US, Europe, South America and Japan.

In 2010, Dazai was featured on Oregon Art Beat and released two CDs —Autumn, Music for Solo Koto (2007), and Far Away…Romances for Koto (2010) in collaboration with Grammy nominated composer Michael Hoppe. Her artistry is also featured on the album Shanti Samsara: World Music for Environmental Consciousness, produced by Grammy-winning Composer, Ricky Kej. In 2016, she was invited to 21C Music Festival in Toronto, Canada, and played with Continuum Contemporary Music. 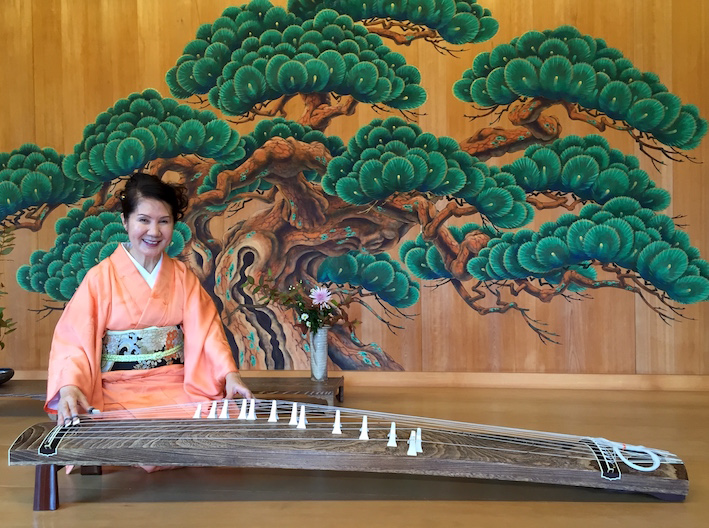 Masumi Timson holds a master’s degree (師範 – Shihan) in Koto and Shamisen from the Seiha School of Japanese Traditional Music. She plays both classical and contemporary koto music and sings Japanese classical songs with koto and shamisen accompaniment. To explore a wide range of musical genres from Jazz, Blues, and Tango, to Mozart, she also enjoys collaborating with a variety of western musical instruments. Masumi has participated as a session musician on several Pink Martini albums.

Masumi also organizes and directs the Sakura Koto Ensemble, a group of musicians based in Oregon who play traditional Japanese instruments and sometimes collaborating with musicians of western musical instruments.

Masumi currently teaches at several universities in Tokyo and continues performing solo and with various musical groups and artists both in Japan and the USA.

Larry Tyrrell is the foremost player and teacher of shakuhachi in the Pacific Northwest. Trained in Japan, he is a composer, recording artist and performer who delights in sharing the serene and lyrical music of the shakuhachi. His repertory includes traditional Japanese honkyoku and folk songs (min’yo) as well as Celtic, modern and original compositions. He is currently creating shakuhachi instruction and music videos and teaches at his studios in Portland, Oregon and in the Fremont district of Seattle. 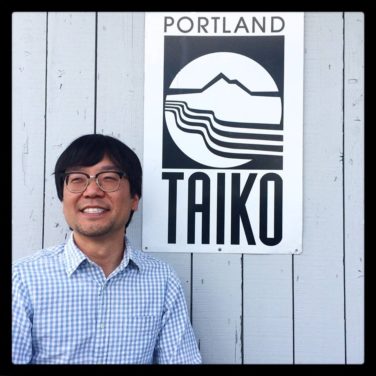 Wynn Kiyama (Executive Director, Portland Taiko and Director, Portland State University Taiko Ensemble) began his taiko training with the San Jose Junior Taiko Group in California and later studied with instructors in Japan, Hawaii, and New York. Kiyama holds a Ph.D. in musicology from New York University and has taught at Rutgers University, Westminster Choir College, Columbia University, Portland State University, and held an artist residency at Colby College. His research on obon dance and music has been presented as a museum exhibit at the Oregon Nikkei Legacy Center, an online photo exhibit, a CD and booklet, conference presentations, and articles. In addition, he has studied Japanese dance (nihon buyou) with the Tachibana School of Nihon Buyou in New York and in Portland with Sahomi Tachibana.