This event is an open, public event. Registration is required to attend.

“Peacemaking at the Intersection of Culture, Art, and Nature”

Japan Institute is the global cultural initiative of Portland Japanese Garden, created to facilitate and inspire conversations about peace, art, and the human relationship with the natural world.

Our public Peace Symposia series features leaders from numerous cultural, intellectual, and diplomatic fields, coming together to discuss the evolving role of public spaces as the platform for peacebuilding and community engagement.

*Program details are in-process of being confirmed. Please check back often for the latest information!

Session 2: “Re-imagining Peace at the Intersection of Architecture, Art, and Nature” 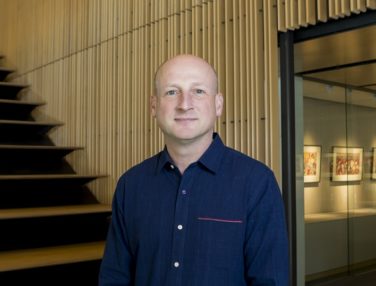 Steve Bloom has been the CEO of Portland Japanese Garden since 2005. Beginning early in his tenure, Bloom led the formation of a comprehensive 10-year strategic plan, which has been transformational in its scope and impact. Bloom oversaw the completion of a $37 million expansion of the Garden and its facilities, created a curatorial department, expanded and improved programs in culture, art, and education, established an International Japanese Garden Training Center, formed an International Advisory Board, and has dramatically increased national and international visibility and recognition. 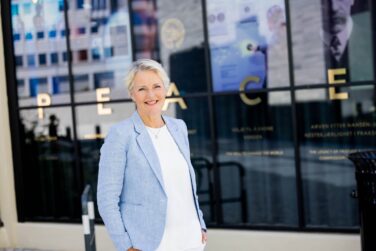 Kjersti Fløgstad is the Executive Director of the Nobel Peace Center in Oslo.

Fløgstad’s main objective is to build on the power of the Nobel Peace Prize to inspire a more peaceful world. She is particularly engaged in the possibilities which the principles of dialogue, often executed by the Nobel peace prize laureates, have to combat hatred and divisions in societies.

Fløgstad combines a diverse background from corporate and NGO organizations, where most of her career has been characterized by purposeful assignments. 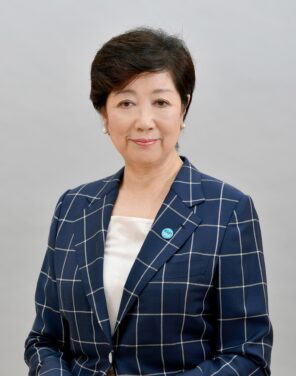 Yuriko Koike has been the Governor of Tokyo since July 2016. In July 2020, she was re-elected to her second term of office.

Prior to being elected to the post, she was active in national politics. She was a member of the House of Councillors and the House of Representatives for a total of 24 years from 1992, during which she held major posts including Minister of the Environment, Minister of State for Okinawa and Northern Territories Affairs, Special Advisor to the Prime Minister for National Security Affairs, Minister of Defense, and Director of the Committee on Budget of the House of Representatives. As the first woman to serve as the Minister of Defense and the Governor of Tokyo, she is paving the way for women to be more active in society.

With a BA in Sociology from Cairo University, she is fluent in English and Arabic, and was a prominent news anchor before entering politics. 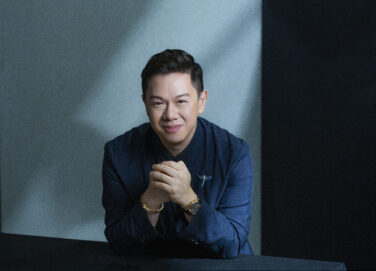 James Chau is the Host of The China Current. Since 2016, he has served the United Nations as WHO Goodwill Ambassador for SDGs and Health. He has guest presented on BBC World News and was an anchor for China Central Television. In 2019, he was named Tiffany & Co. Cultural Ambassador, the first person appointed to this global role.

The China Current is a digital platform with interviews, videos, and podcasts that explores the human experience through the issues shaping our shared global future: poverty, climate change, innovation, public health, and culture. Born in London, James studied at the City of London School, Royal Academy of Music, and Cambridge University. He attended the Harvard Kennedy School on a leadership program for World Economic Forum Young Global Leaders. 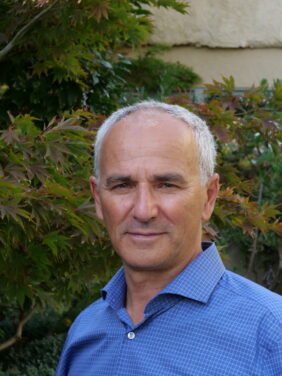 Joseph Grimaldi is a landscaper with a Landscape Technician Diploma (1984). In 1985 he established his own landscaping company, Grimaldi Jardins Paysages, and has been creating Japanese-inspired gardens for 35 years and has been holding garden workshops at his own private Japanese-inspired garden since 2011. Since 2017, he has been an instructor at the Apprentice Training Center, teaching both beginner and landscape professionals about pruning and the use of stones in a Japanese-inspired garden. He serves as a national board member of the National Union of Landscape Contractors and Vice-President of its Auvergne Rhône Alpes region since 2016. He is the President of the French Japanese Garden Association since 2021. Most recently, he has been appointed as the Vice-President of the European Japanese Gardens network in 2022. 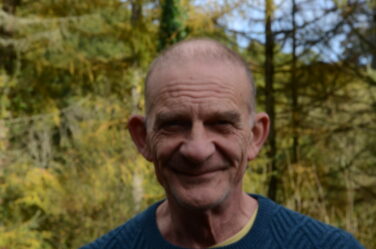 1980-84 Robert Ketchell apprenticed in Japanese gardens under Kobayashi Tsutomu, Kyoto. Also, as a Research Student at Kyoto University. Founder member of the Japanese Garden Society UK, and has served twice as Chairman. February 2018 conferred with the Order of the Rising Sun with Golden Rays and Rosette by Ambassador Koji Tsuruoka in London, for the promotion of Japanese garden culture in the UK.

Since 1984 he has sought to create gardens that explore the inspiration of the Japanese garden culture. Garden of note include ‘Garden of the OX and Oxherder’, Osmosis Day Spa, Sonoma County, CA. Norwich Cathedral garden and Coventry Peace Park garden (with the JGS), and Dojima Saké Brewery garden, Cambs, UK. 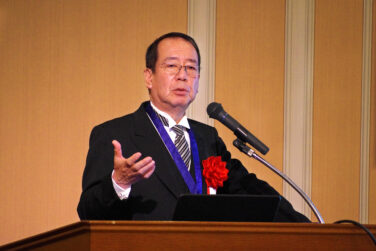 Shiro Nakane is the President of Nakane Garden Research & Landscape Consultant Co. in Kyoto, Japan. He graduated from Gakushuin University, Department of Philosophy.

He engages in an extensive and wide range of international landscape projects. While engaged in repairs and restoration of old gardens world-wide, he designed and built over thirty Japanese gardens in ten countries and many large-scale public and commercial landscape projects in five other countries.

His teaching profile is also extensive. He served as a visiting professor at the University of Oregon and has taught at Ikenobo Bunka Gakuin, Ikenobo Junior College and Kyoto City University of Arts, to name a few. He was also an adjunct professor of Tokyo University of Agriculture until 2020. He gave over fifty public and private lectures on Japanese gardens world-wide and in ten different countries.

He is a recipient of the prominent awards: Mayor of Kyoto “International Exchange” Award in 2017; “Academia Prize” from the Academic Society of Japan (2019); “Sato International Exchange Award” in 2012 and subsequently, the Kitamura Award (2019), both from the Japan Parks and Open Space Association. 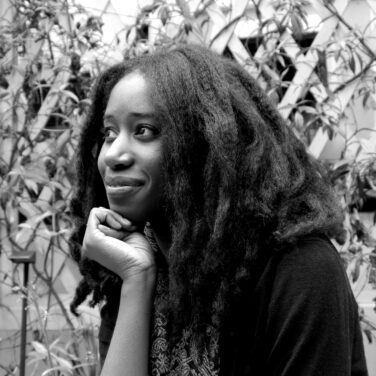 Poet, writer and artist. She is the winner of an Eric Gregory Award, and has held residencies internationally in the US, Brazil, and the V&A Museum. Her debut poetry collection, Quiet, published by Faber, is currently shortlisted for the 2022 T. S. Eliot Prize, and is set for North American release in 2023 with Knopf. 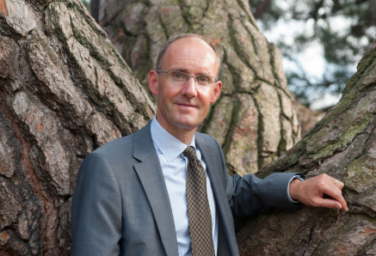 Richard Deverell is a leader reimagining the role of gardens in the 21st century. During his 10-year tenure as Director at Kew, Deverell has committed to improving education and public engagement with the Royal Botanic Gardens. His message about the power of plants and fungi to help solve world-wide challenges through scientific innovation is one that resonates well-beyond Kew’s gates. His commitment to fostering scientific innovation resulted in creating the Director of Scientific Research position. The Garden now participates in global initiatives like the Millennium Seed Bank and is digitizing Kew’s expansive specimen collection to improve accessibility around the world. 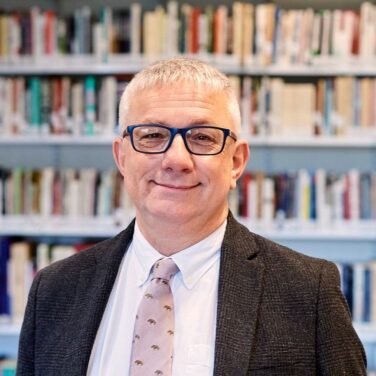 Since 2018, Simon Kaner is the Executive Director and Head of the Centre for Archaeology and Heritage at the Sainsbury Institute. Simon is also the Director of the Centre for Japanese Studies and Chair of the Japan Dialogue Group at the University of East Anglia. Simon is an archaeologist specializing in the prehistory of Japan. He has taught and published on many aspects of East Asian and European archaeology and has undertaken archaeological research in Japan, the UK and elsewhere, and worked for several years in archaeological heritage management in the UK. His research interests include Japanese prehistory and the history of archaeology in Japan; the urban historic environment in Japan from a comparative perspective; Japanese cultural heritage, and the international role of Japanese heritage management. 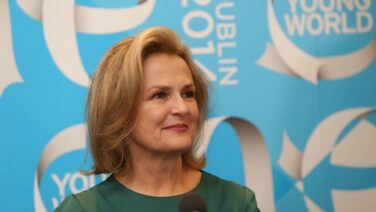 Kate served as Chairman of the UK Havas Group from 2006 to 2015 and as Havas Global President from 2013 to 2015. She is convinced of the importance of the roles of global institutions and global businesses based on the belief that what unites people is greater than geographical distance and national distinctions. Growing up in apartheid South Africa, Kate’s world view is defined by having witnessed the leadership of Nelson Mandela and Archbishop Desmond Tutu and their sense of shared humanity. Inspired by her love for the Olympic movement, One Young World connects young leaders with their counterparts from every country in the world and the impetus to deliver for the greater good Kate was named Advertising Woman of the Year by “Women In Marketing” and was similarly honoured by Advertising Week Europe in 2014. Kate is the co-author of the book ‘How to make a difference’ published in 2019.

Japan Institute will hold six Peace Symposia on six continents over the course of three years. The first symposium was held in in Tokyo, Japan on Wednesday, September 21 – the International Day of Peace. These symposia explore the interplay between and convergence of landscapes, architecture, and arts in shaping new civic conversations and efforts for peacebuilding through cultural diplomacy.

Japan Institute’s peace programming, including this Peace Symposium, is made possible through Robert and Deborah Zagunis.

Thank you to our partners:

Special support given by: